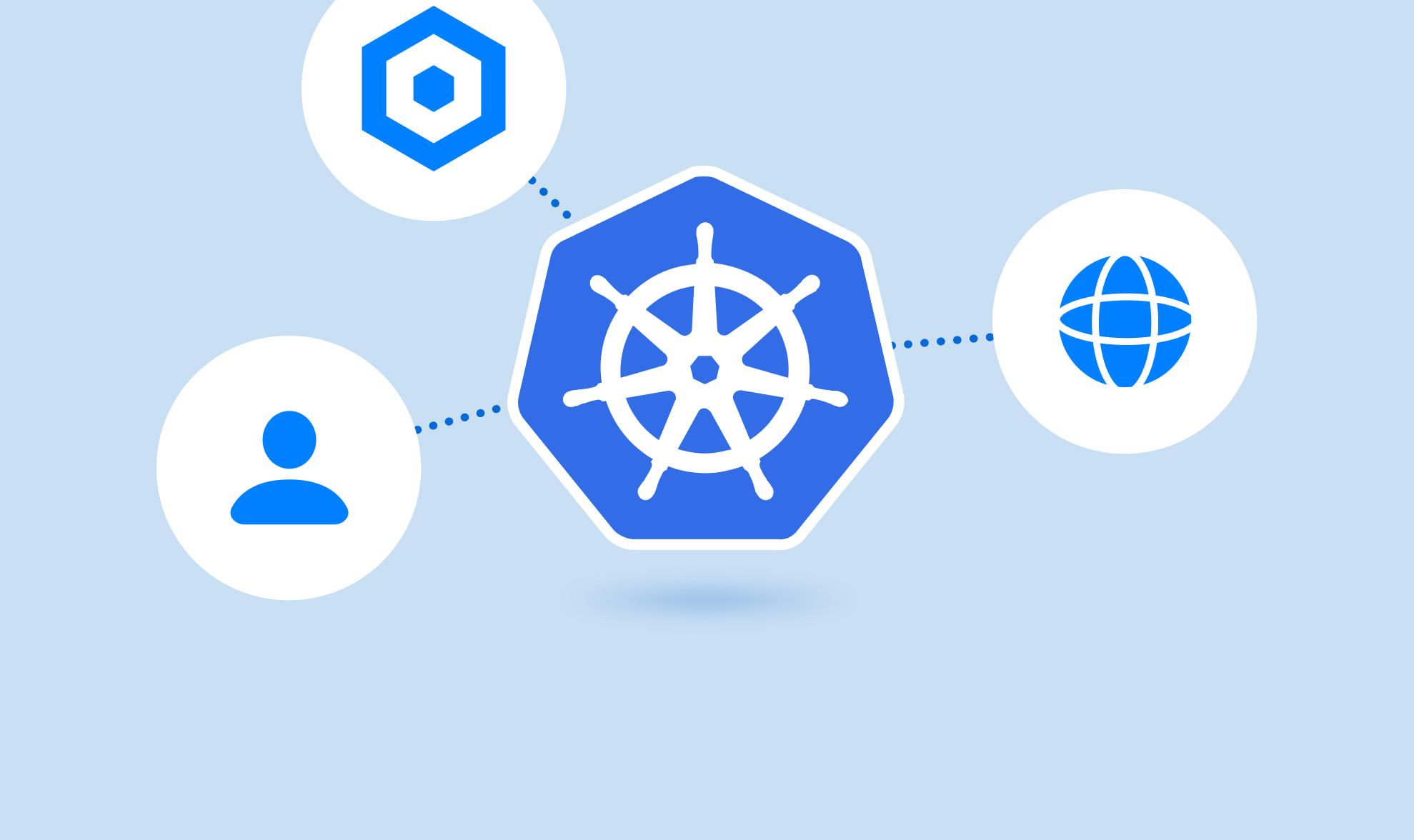 Since its first release in 2014, Kubernetes quickly became the new standard for deploying and managing software in the cloud. As a beginner, it is difficult to learn how to work with Kubernetes, let alone know and understand the security features Kubernetes has to offer. Kubernetes was designed with functionality in mind, not security, so there are no “quick solutions” or magic toggles to “add security” to your cluster.

In this blog post, we provide a high-level overview of three security capabilities in Kubernetes:

When these three security capabilities are implemented correctly, they improve container cluster security.

RBAC is a general term for a system that defines who can access what based on their specific identities. In Kubernetes, it’s a little more complicated. As an administrator you can control who (subject) can do which action (verb) on what thing (resource). Let’s dive in a little and explain some terminology:

Subject: Kubernetes uses a few objects to represent an entity:

Verb: A verb is used to specify a subject’s action: can it read something from the API server? Can it set something in the cluster? Can it impersonate a different subject and perform an action on its behalf? Etc.

Resource: An entity that can be governed by Kubernetes – it can be pods, controllers, logs, and in some cases even subjects can be resources.

Role: A way to define verbs (actions) on resources. You can bind different subjects to a role and all of them (subjects) will have the same permissions settings. Roles can be scoped to a namespace or a cluster. So, a ClusterRole applies it’s settings on objects on the entire cluster, while a regular role is limited to resources that are in the specified namespace. 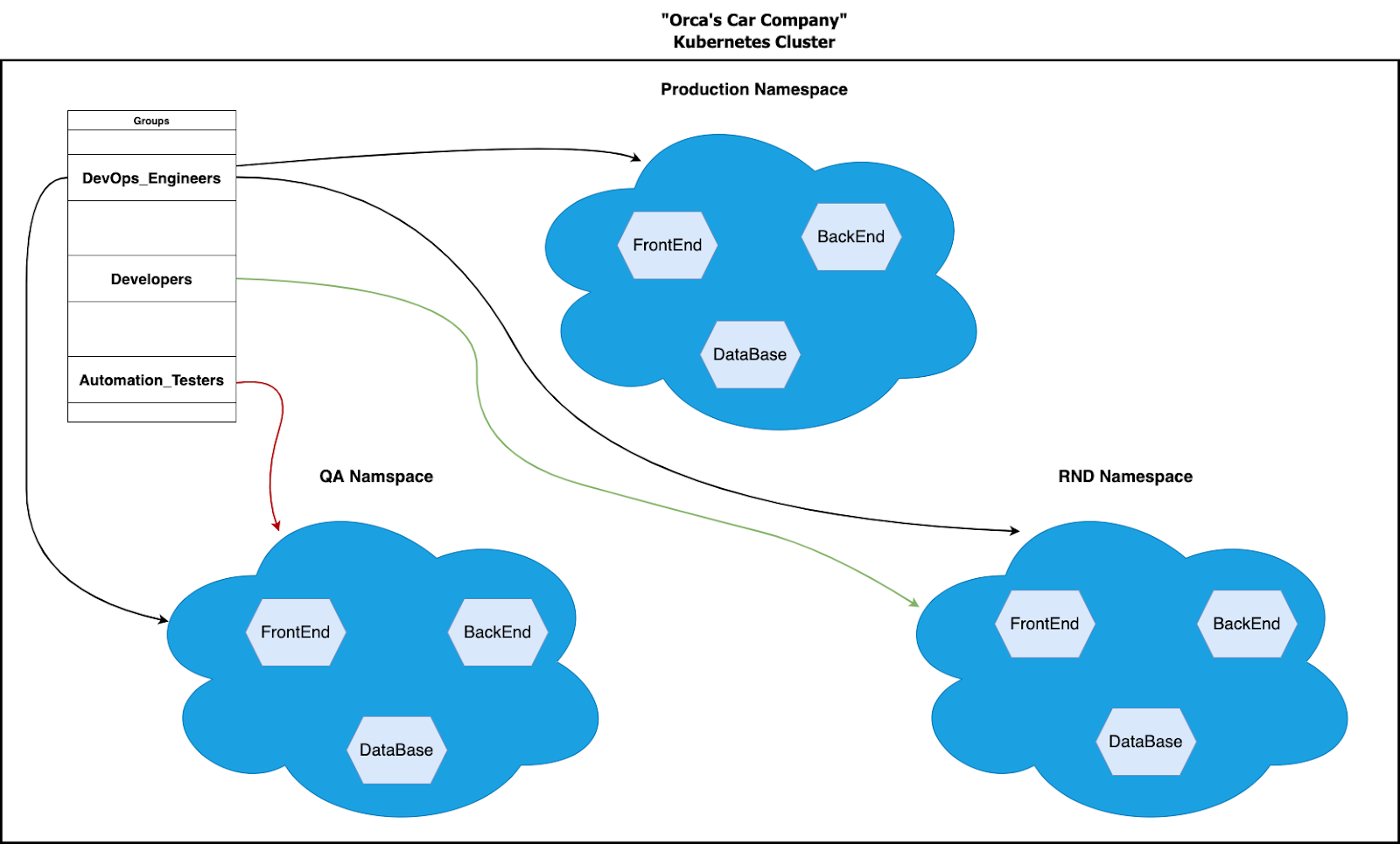 Each employee has a user in the cluster that is part of their department group (developer in R&D group, automation testers in QA group, etc.). We can define three roles: 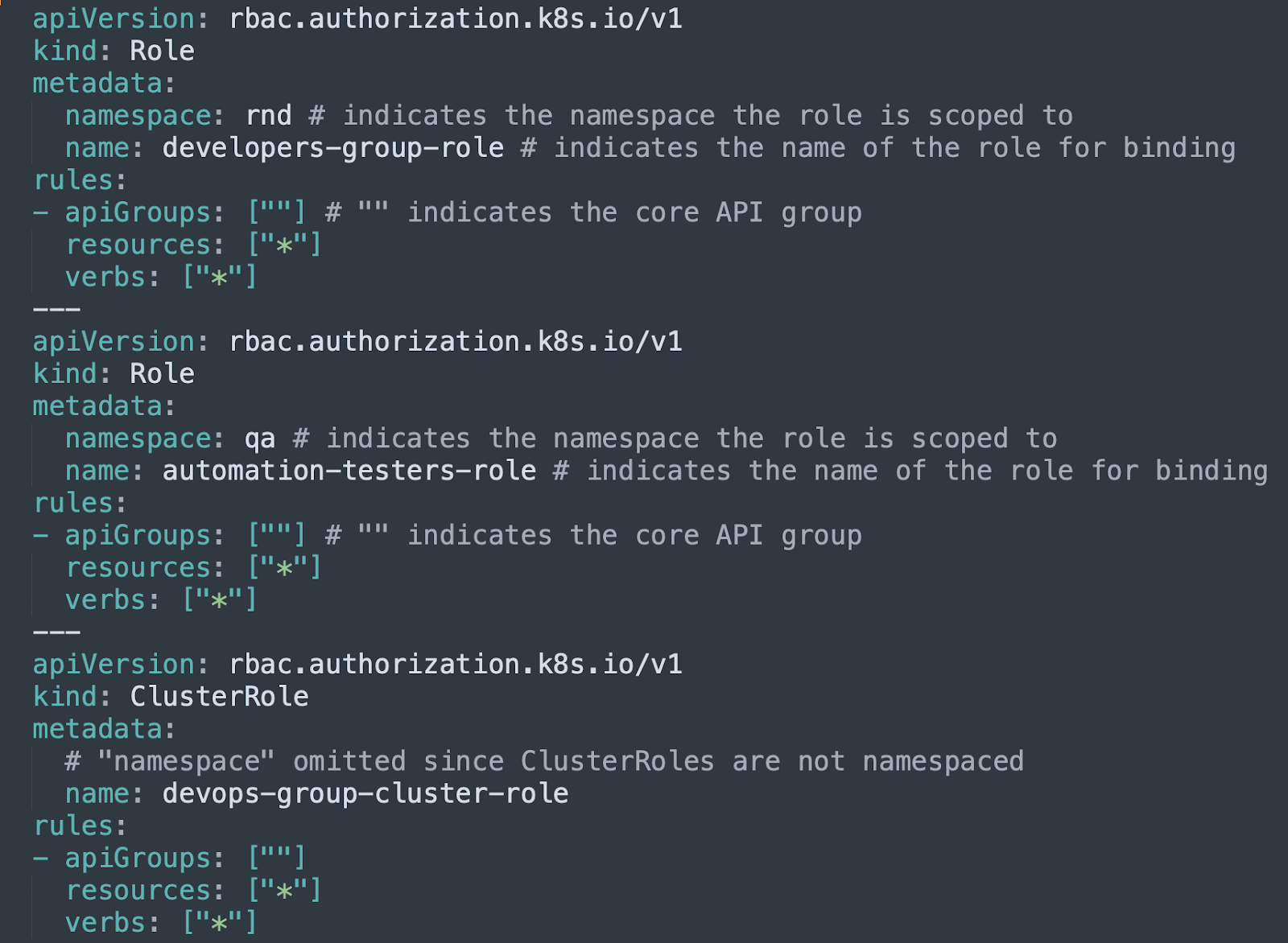 Now we need to bind our role to the correct users. By binding a subject to a role, you are effectively instructing Kubernetes to link the subject to the permissions in the role, so that the subjects get the desired permissions. In our case, it looks like this: 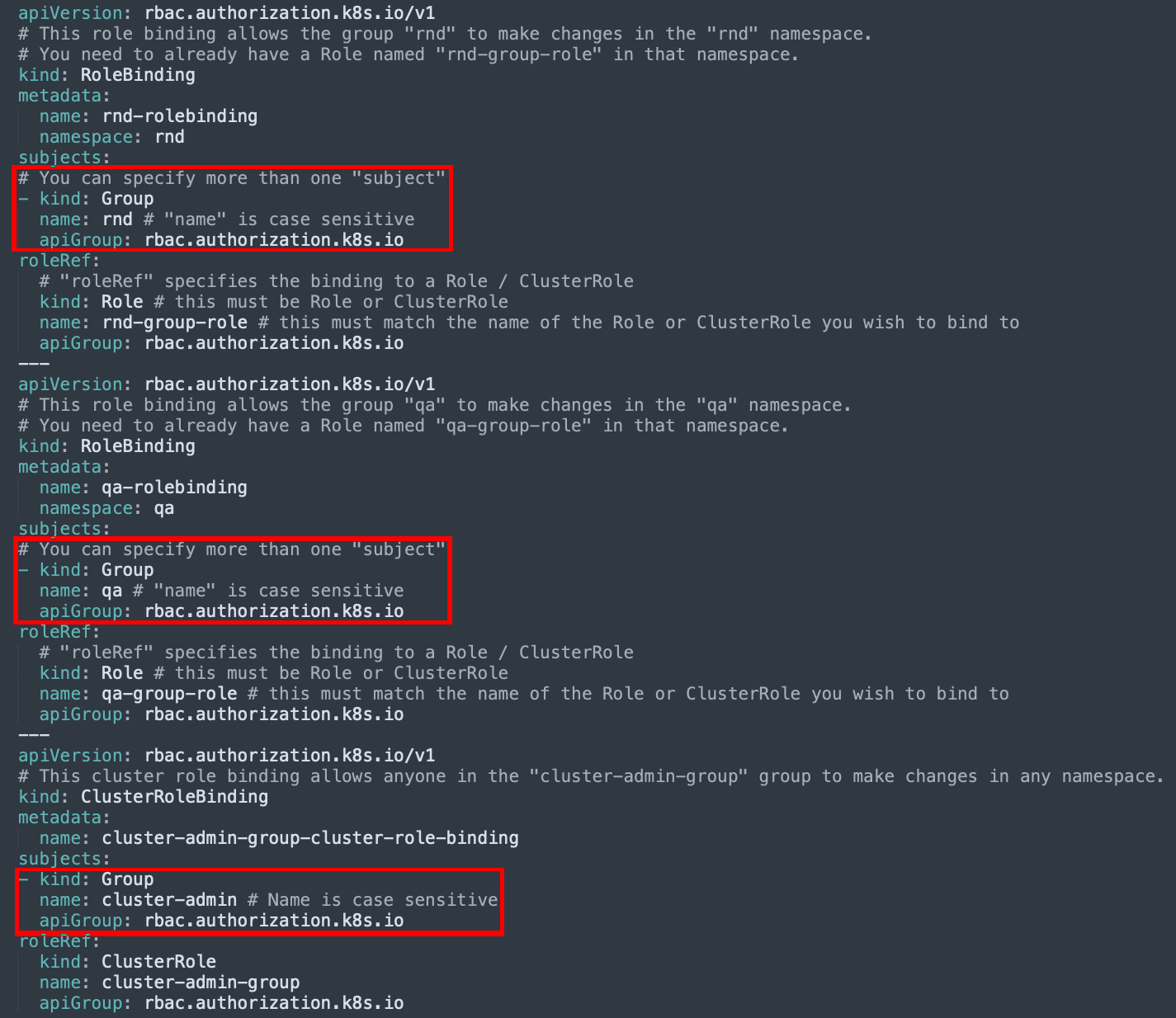 Now with every new employee of our company, we can add them to their designated group, and they will automatically get the permissions they need. 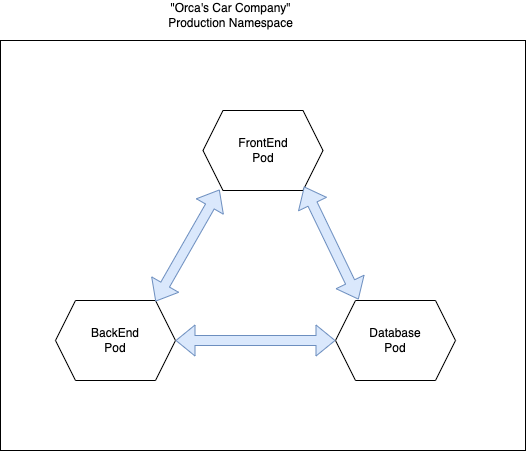 By default, in Kubernetes, all Pods in the same namespace can communicate with each other, but that is not what we want for our cluster. We want the frontend to be able to talk to the backend, the database to the backend, and the backend to both the frontend and database Pods.That’s where network policies can come to the rescue. Network policies are Kubernetes resources that control the traffic between pods. They use the Pod’s labels to select Pods and specify the traffic directed toward those Pods using simple rules. It’s best practice to start with a “deny ingress” network policy and allow specific communication channels whenever a new requirement rises, so let’s start with that:

These policies can be a lot more restrictive by adding specific ports allowed, etc. Be sure to learn more about this if you plan to utilize network policies.

Kubernetes security is a vast subject with a steep learning curve. We wrote briefly on our three picks for security components you can use to secure your cluster and workloads. We encourage you to keep reading on more ways to secure Kubernetes.

Try our free risk assessment if you want to gain much-needed visibility and improve your Kubernetes and cloud security in your organization. 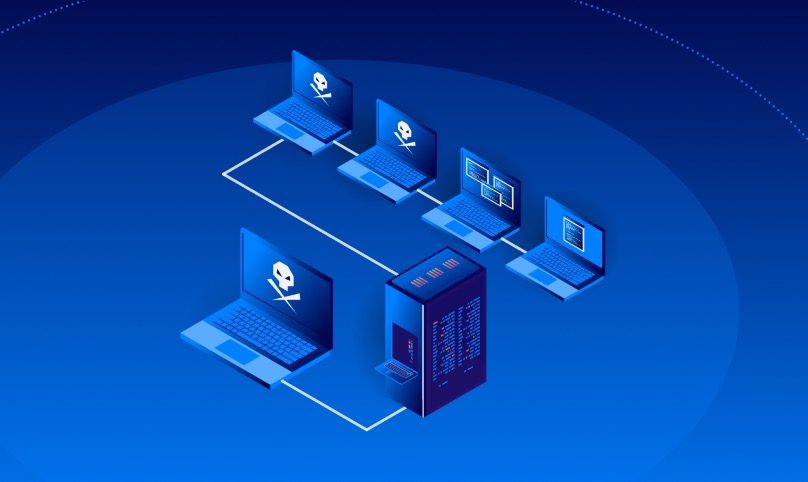 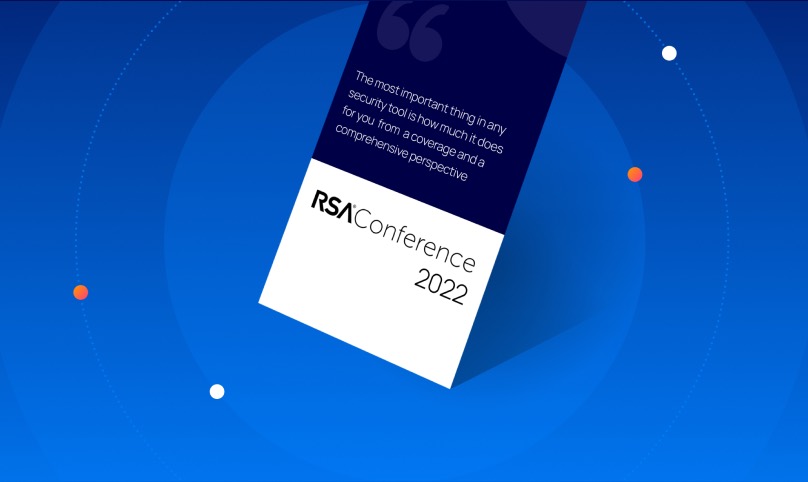