Tell me your secrets: Serverless Secrets in AWS Lambda 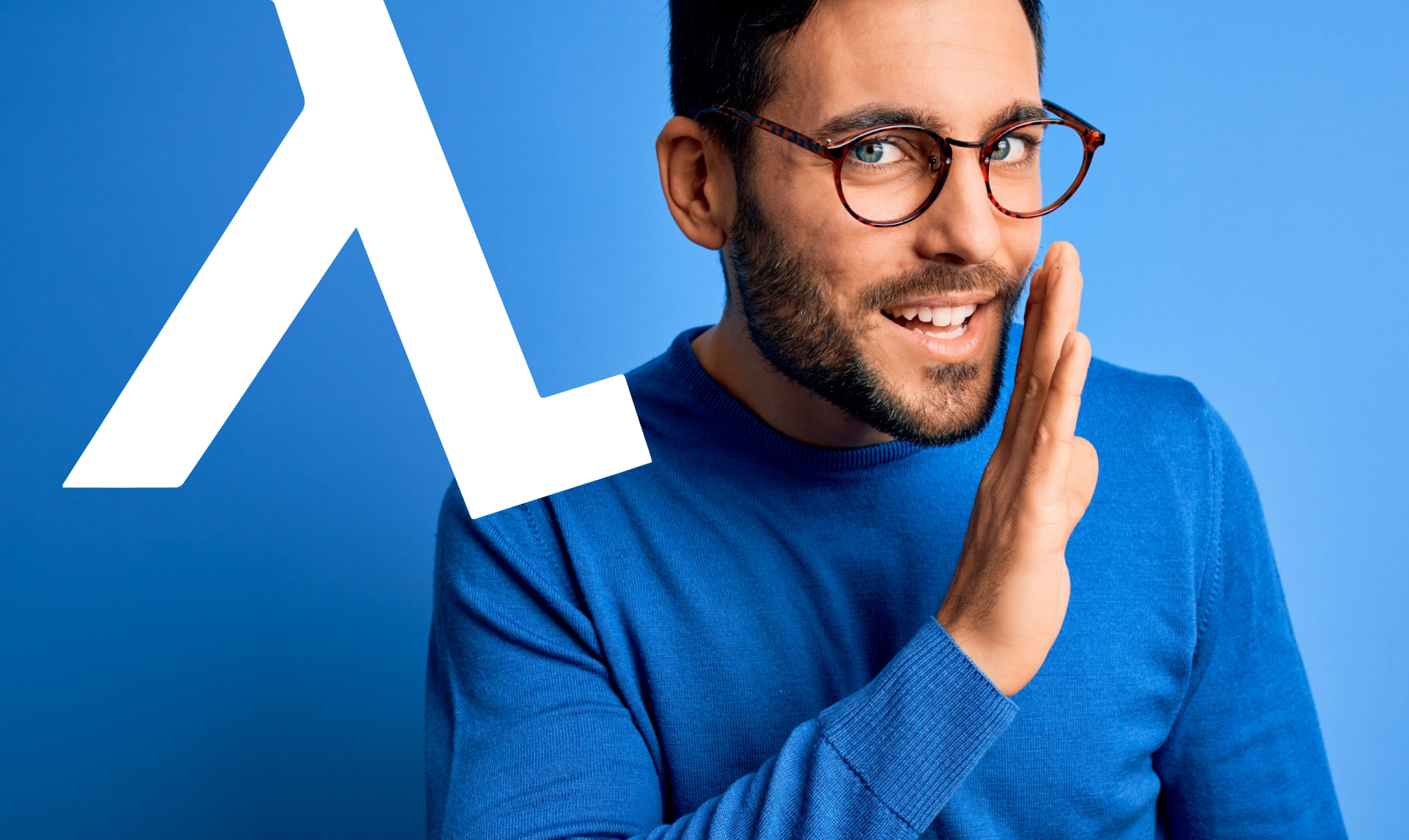 As serverless technology usage grows more and more, the ability to deploy your code to the cloud and let the cloud provider do the rest makes things much easier and scalable. A research study by Orca Security into AWS Lambda (AWS’s Serverless solution service), and the secrets it uses, reveals that almost 30% of Lambda functions contain secrets in their environment variables. These secrets can be keys, authorization tokens, passwords and everything that should be kept privately – a fact that should concern organizations that use Serverless. These organizations, according to our research, each use an average of 353 serverless functions.

Don’t forget that according to the Cloud Service Provider (CSP) shared responsibility model, you are responsible for your code security and configuration security. For example, you cannot blame your cloud provider for making your function public, which would mean every authenticated user can invoke it. But you can trust your cloud provider to secure the host that the function instance executes on. To preserve the secrets you have in Lambda – or to avoid leaving them where they can be exploited – read on.

Think of a scenario where an attacker establishes a foothold on a machine with a role that can list functions on your account. With this ability, he may be able to access more sensitive resources on your account! If someone can list your functions, they can also view your environment variables. Is that what you intended? Perhaps not.

Some data from our research study on the prevalence of secrets in Lambda functions. 26.3% of the functions we looked at had secrets in their environment variables. 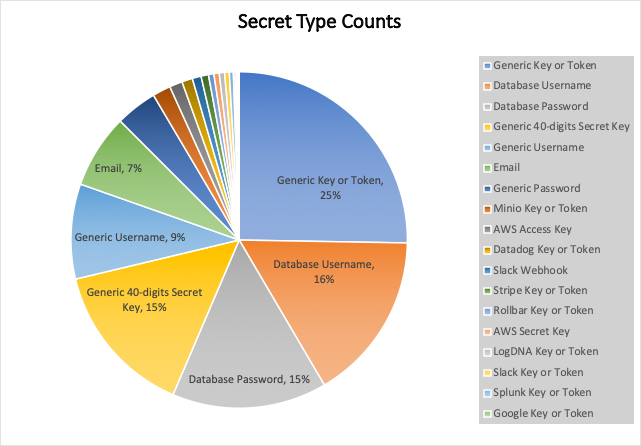 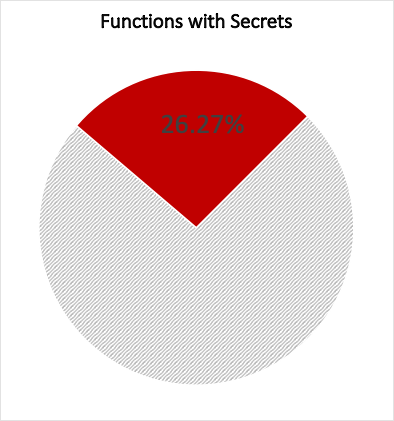 Environment variables are a useful and helpful feature, but they are often misused as a location for secret storage. There are alternative ways to store your secrets, and even alternative methods to control access to your resources.

In future articles, we will look at other Cloud Service Providers like GCP and Azure, but this type of configuration error (storing sensitive data in configuration variables) is a common security issue across all cloud platforms. It is not an issue with any specific cloud platform, but rather shows how easy it is to sacrifice security – and your secrets – depending on how you use  environment variables.

Should you take the path of using serverless functions, rest assured that Orca detects secrets in environment variables and alerts when a secret is found in your cloud estate. To learn more about Orca and its ability to see secrets hidden in your environment variables, view our demo.

What is AWS Lambda?

AWS Lambda is an event-driven, serverless computing platform that lets you run code without provisioning, configuring, or managing infrastructure. As a developer, you don’t have to benchmark your application, spin VMs or containers, perform OS maintenance, or any other administrative tasks. All you have to do is execute your code inside Lambda functions.

A Lambda function is a programmable script that runs user code in response to an event. Events are typically generated by AWS services. The Lambda runtime transforms an event into JSON-formatted data before passing it to the relevant function. The function executes the code that processes the event and returns a response.

For example, you can create a Lambda function that executes business logic upon receiving an event from the Amazon Simple Notification Service (SNS). Or you can use multiple Lambda functions to build a backend for your web application.

Lambda execution is driven by demand. Functions automatically scale up and down as required, from a few requests per hour to thousands per second. The only caveat is that functions must be stateless, so that Lambda can instantaneously launch as many copies of the function as required to efficiently process incoming requests.

Lambda offers native support for Python, Node.js, Go, Ruby, Java, and .NET. It also offers a runtime API that can be used to write Lambda functions in any other programming language.

What is AWS Lambda for, and how does it work?

AWS Lambda is a serverless computing platform that executes user code in response to preconfigured events. Lambda users don’t worry about provisioning, managing, or scaling servers to run their applications. All they have to do is organize their code into Lambda functions.

AWS Lambda can automatically scale functions up or down as required. This makes Lambda perfect for applications that receive varying amounts of traffic during a day. Since there’s no infrastructure to manage, developers can focus on making  code more performant.

When you create a Lambda function, you specify a trigger for it. A trigger is a re or configuration that can invoke a Lambda function in response to certain events. It can either be an AWS service or an event  mapping. For example, you can set Amazon Simple Storage Service (S3) to trigger your function whenever an S3 object is added or updated.

What are AWS Lambda functions?

Lambda functions are self-contained scripts that permit users to execute code on the AWS Lambda platform. A function includes code that processes configured events and returns a response.

Users can either author Lambda functions using any of the supported languages or implement a custom runtime to use a different language. There are multiple ways to invoke a Lambda function: through the Lambda console, Lambda API, AWS CLI, an AWS SDK, an AWS toolkit, a function URL, or other AWS services.

The AWS Lambda developer guide includes all the information you need to integrate a function with other AWS services, like Amazon API Gateway, AWS CodeCommit, Amazon Alexa, and Amazon EventBridge.

Once integrated, the service will trigger execution of the function in response to preconfigured events. For example, you can configure the Amazon EventBridge to run your function on a schedule.

If you’re using Node.js or Python, you can write, edit, and test your Lambda functions directly from the AWS Lambda console using the code editor. You can also package your  code to a .ZIP file and upload it to the AWS console.

How do I create, use, and test Lambda functions?

If you are using Node.js or Python, you can use the code editor in the AWS Lambda console to create Lambda functions. The code editor offers an intuitive, IDE-like environment to directly edit and test your functions.

To use a Lambda function, you have to add triggers to it. A trigger can either be an AWS service that can be configured to invoke a function or an event  mapping. For example, you can set up the Amazon Simple Cloud Storage (S3) service to trigger a Lambda function whenever someone deletes an S3 object in a particular bucket.

There are several other ways to invoke a Lambda function: through the Lambda console, Lambda API, AWS CLI, an AWS SDK, an AWS toolkit, or a function URL.

To test a Lambda function, you can invoke it via a test event directly from the console. You can also use the Lambda Runtime Interface Emulator to test your functions in a local environment. The emulator converts HTTP requests to JSON-formatted events that are used to trigger Lambda functions running inside a container.