Default security group is being used 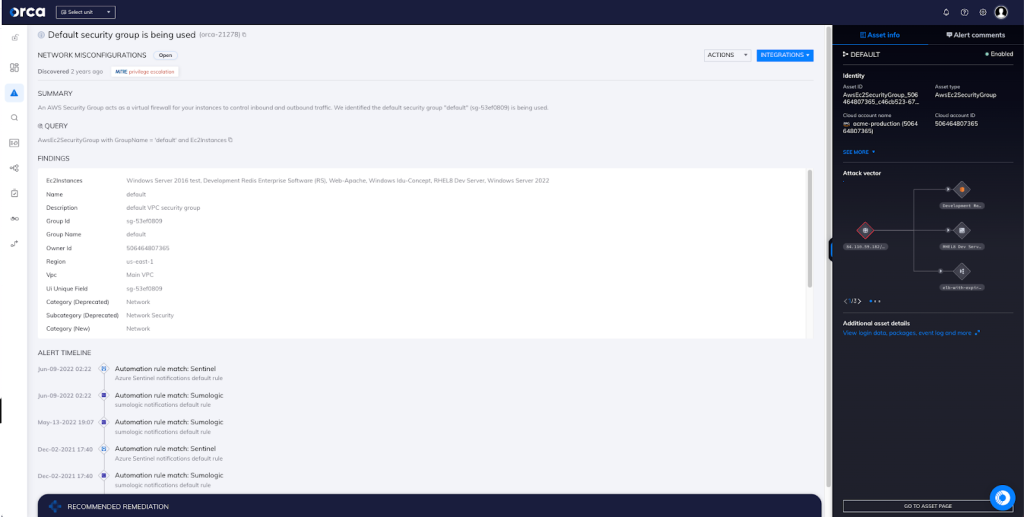 An AWS security group is a set of rules that define which traffic is allowed in and out of \cloud resource, such as EC2 instances. Inbound rules apply to incoming traffic, while outbound rules determine the flow of outgoing traffic.

Rules enable you to specify the following:

You can create a security group using the AWS EC2 console. It’s recommended that instances having different roles belong to a purposeful, corresponding security group. For example, if one EC2 instance is running a webserver used by your clients and another runs an internal SQL database, each should have different inbound and outbound rules.

Applying the default security group to AWS EC2 instances could not only violate the principle of least privilege, it could put at serious risk for unauthorized outbound traffic. Disparate instances might have unique use cases; that is, one might be running an internal, security-critical application, another a customer-facing website. Again, it’s recommended that you configure customized security groups for EC2 instances having different roles.

If the default security group allows overly permissive access, and many instances are launched using it, this can significantly increase the chances of your organization getting breached.

How Orca Can Help

Orca offers extensive network misconfiguration detection across all of your cloud accounts. In this particular risk, as seen in the screenshot above, Orca identified the default security group being used, allowing overly permissive access and raising security risk levels.